Hello. My Name is Skywhale…

Kanda is one of Tokyo’s most historic areas, encompassing about thirty neighborhoods each with its own distinct feel and vibe. Lose yourself among its winding back streets and you can expect to find some of the oldest remaining buildings in Tokyo, as well as entire areas devoted to sports equipment, musical instruments, books and electronics.

What you don’t expect to find, however, is a 23-metre high floating whale currently visiting from Canberra, Australia. This is Skywhale (2013) a hot air balloon designed by artist Patricia Piccinini and currently on display in Kanda as a part of Trans Arts Tokyo 2014.

As the saying goes, first impressions are everything; Skywhale’s doesn’t disappoint. As you exit Jinbōchō Station and wind your way to the site of the old Tokyo Denki University, you begin to wonder how on Earth something so big, so colossal, could possibly be hiding in such a built-up area. Then, out of the corner of your eye you see udders, a tail, a mouth—it is Skywhale rising in all her glory. It’s a truly bizarre scene. In this setting, the word surreal has never been more apt.

Piccinini states on the artwork’s official website that “Skywhale is a work that celebrates the wonder of nature.” This might seem weird given that the Skywhale doesn’t actually exist in nature. Piccinini’s intention when designing the balloon was to fashion it as a sculpture of a living creature rather than a “balloon that looked like something.” As onlookers gaze into its eyes, one really can get the sense that this creature exists – a notion further aided by the gentle sway created by the wind and the mechanics of the balloon.

“My question is,” the artist explains to Australian media, “what if evolution went a different way, and instead of whales going back into the sea, from which they came originally, they went into the air and could fly instead of swim.” The idea of a flying whale seems extraordinary, but not so much more so than the very real idea of a gigantic, aquatic mammal.

Strange? Magical? Unsettling? Skywhale will surely mean something different to each and every person who views it, but the only way you’ll truly know how you feel is if you go and say hello to her yourself.

Skywhale will be on display at the site of the old Tokyo Denki University on 27 & 28 September between 8:00-11:00 and 17:00-20:00 as part of the Trans Arts Tokyo 2014 program (weather permitting.) Visit the Trans Arts Tokyo website for details, and follow their Facebook or Twitter pages for weather updates. Free. 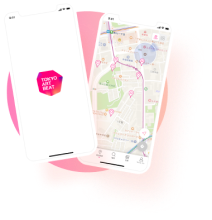